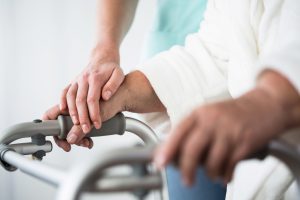 A game-changing new clot retriever for stroke victims. A way to restore movement by linking the brain to paralyzed limbs. New vaccines for our deadliest cancers.

These are the biggest medical advancements for 2016, according to three nationally known experts: Francis Collins, M.D., director of the National Institutes of Health; Michael Roizen, M.D., director of the Cleveland Clinic’s Wellness Institute; and pathologist Michael Misialek, M.D., of Tufts University School of Medicine and Newton-Wellesley Hospital. Here are their top predictions.

See the original article at http://www.aarp.org.

What if you could get medical care tailored just for you, based on genetic information? The Precision Medicine Initiative, set to launch in 2016, would revolutionize how we treat disease, taking it from a one-size-fits-all approach to one fitted to each patient’s unique differences. The project, Collins says, hopes to answer such important questions as: Why does a medical treatment work for some people with the same disease but not for others? One million volunteers will be asked to share their genomic and other molecular information with researchers working to understand factors that influence health.

A tiny new tool to get rid of brain clots will be a “game changer for stroke treatment,” Roizen says. Although clot-dissolving drugs are the first line of treatment for the most common type of stroke, when they don’t do the trick, physicians can now use a stent retriever to remove the small mass. A wire with a mesh-like tip is guided through the artery into the brain to grab the clot. When the wire is removed, the clot goes with it. The American Heart Association has given the device its strongest recommendation, after studies found it improves the odds that certain patients will survive and function normally again.

The goal of linking the brain to a robotic limb to help paralyzed people and amputees move naturally is closer than ever. Previously, brain implants to help move these artificial limbs have had limited success because the person had to think about each individual action (open hand, close hand) in order to move the limb. But now researchers are putting implants in the area of the brain that controls the intention to move, not just the physical movement itself. This allows patients to fluidly guide a robotic limb. “We think this will get FDA approval in the next year and will have a major clinical impact on paralyzed patients,” Roizen says.

Next year could see major strides toward the goal of cutting harmful genetic mistakes from a person’s DNA. A gene-editing tool is a powerful technology that allows scientists to easily correct or edit DNA. “It basically gives you a scissors to cut out pieces of genes,” Roizen explains. The technology was recently used to eradicate leukemia in a British child by giving her gene-edited immune cells to fight off the disease. This could represent a huge step toward treating other diseases, including correcting gene mutations that cause inherited diseases, but ethicists and scientists worry the technology could also be used to alter traits for nonmedical reasons.

Your body’s immune system fights off germs that cause infections — could it be taught to fight off cancer cells? That’s the idea behind new immunotherapy cancer vaccines, which train the immune system to use its antiviral fighting response to destroy cancer cells without harming healthy cells. The Food and Drug Administration 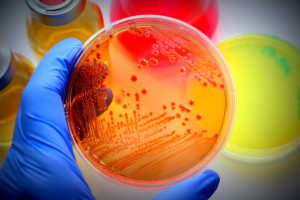 (FDA) already has approved such vaccines for the treatment of advanced prostate cancer and melanoma. Current research is focused on pairing new and old vaccines, including the tetanus vaccine with a newer cancer vaccine to treat glioblastoma, a type of brain cancer. Those who received the dual vaccine lived three to seven more years after treatment than those who received an injection without the tetanus portion. Among the most eagerly anticipated vaccines in 2016, Misialek says, is a lung cancer vaccine. Work on such a vaccine, first developed in Cuba, is already underway here.

In the wake of the Ebola outbreak last year, the process for producing vaccines to protect the public against a possible epidemic has gone into warp drive — a feat that makes it the Cleveland Clinic’s top medical innovation for 2016. The fear that, with international travel, a single person could potentially infect huge numbers of people “has led to a system to be able to immunize a large number of people really fast,” Roizen explains. Where previously it took decades to develop a vaccine, the Ebola vaccine was ready in six months. A similarly accelerated process was behind the approval of a meningitis B vaccine following outbreaks at two universities.

Researchers are closing in on the day when a single drug will treat many different cancers. While traditional clinical trials focus on testing a drug for a particular type of cancer based on its location — breast or lung, for example — new studies are testing therapies that target a specific genetic mutation found in a tumor, regardless of where the cancer originated. “We’re throwing all cancers with the same mutation in one basket,” pathologist Misialek says, and then testing a drug that targets that mutation. Results of an international basket trial found that a drug focused on a single genetic mutation can be effective across multiple cancer types, including a common form of lung cancer and a rare form of bone cancer.

Wearable health sensors could soon change the way people with chronic diseases, such as diabetes, heart disease and asthma, control and monitor their condition. Drug companies and researchers are looking into using wearable technology to monitor patients more accurately in clinical trials, and hospitals and outpatient clinics could use it to monitor patients after discharge. Devices, from stick-on sensors to wristbands and special clothing, can already be used to monitor respiratory and heart rates, including EKG readings, as well as body temperature and glucose level. Stress levels and inflammation readings may be next, Roizen says.

Decoding the DNA of bacteria is transforming the way we identify infectious diseases in the microbiology lab. That could help prevent the spread of dangerous, drug-resistant infections in hospitals and nursing homes, says Misialek. “Instead of identifying bugs in the traditional way and waiting days or weeks for the results, we can analyze genes and get exact identification sooner,” he adds. That could help protect vulnerable patients against the spread of superbugs like MRSA, C. diff and streptococcus pneumoniae that currently resist treatment.

Some of the deadliest, most difficult-to-find cancers may be detected by analyzing blood for abnormal proteins. Cancer produces these abnormal protein structures. Up to now, blood tests weren’t sensitive enough to identify them. A new type of analysis allows researchers to find the proteins earlier, which means cancer treatment can be started at an earlier stage. Cleveland Clinic experts predict this will lead to more effective tests for pancreatic cancer, considered the most deadly type with only about 7 percent surviving five years, as well as for prostate and ovarian cancer. A new test trial using protein analysis identified twice as many cases of ovarian cancer at an earlier stage than current tests.

Nature Breather: The Power of Glaciers, Reflection, and Awe