In July of 2016, a movement that many had no knowledge of changed a culture forever. It was and is a movement that united 280 tribes worldwide and ultimately changed thousands of lives. Although the end result has been less than desirable, it is not over just yet, and it has opened the eyes of many.

This movement has taught us an incredible amount about topics that many knew little of until now. We have learned about Sovereign Rights (or lack thereof), Treaties, Native American Traditions, Big Oil Industries and the effect that Main Stream Media can have on something to this scale. However, the most powerful statement made, without speaking a word, was UNITY.

What started with one, ended in thousands all coming together united in the same cause. This unity was for the protection of the waters of the Standing Rock Reservation, as well as the people that it will effect downstream. These Water Protectors did so in prayer and in peace. They defended a Nation, our rights, and our water, while much of the nation had no idea.

The article below contains the history of this movement, as well as the story behind just a few of the protectors. The protectors played a very large role in what can be considered the biggest Native American civil rights movement to date. 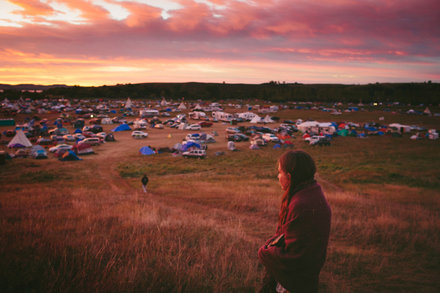 Cushions, Chocolate, And A Cause

Costco to Stop Selling Products that Use Bee Killing Insecticides